As you see on pictures it was made 1984, S/N starting at 4, and most electrolytic caps with date codes starts on 84XX makes me to think that.

There is no date codes or brand on the pots.

Battery cover and board are marked MAXON, IC chip is hated TA75558P, but I don’t really give a fuck about JRC mojo rave…

Diodes have legendary blue stripe, back plate is silver “pre CE” type. This and the rest is nicely visible on the picts attached..

Here’s the good old VOX AC30/6 from Richard’s workshop. Richard as you may know helped me a lot drawing AC30 tagboard layout as well as he donated his hand drawn chassis plans of exactly this amp to my website. Now time for chassis pron 😉

You guys enjoy, thanks a lot Richard

Here’s the Mosrite FUZZrite from Troy’s collection. Troy is one of my favorite build tester, and – I think I may say today – good friend of mine. 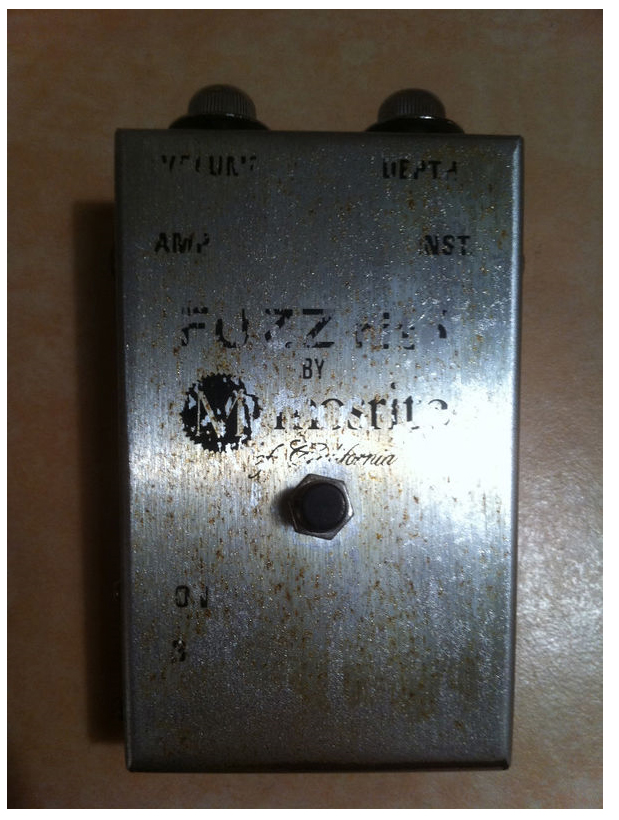 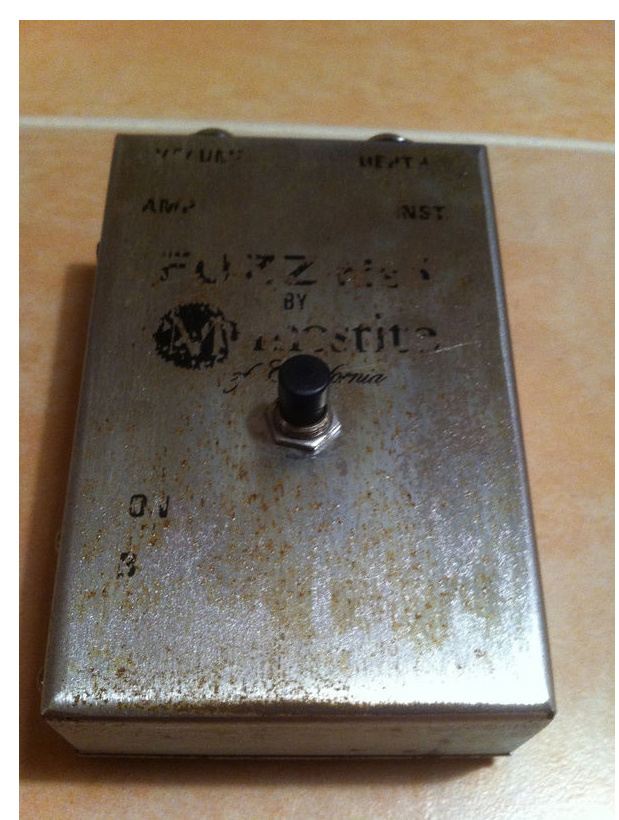 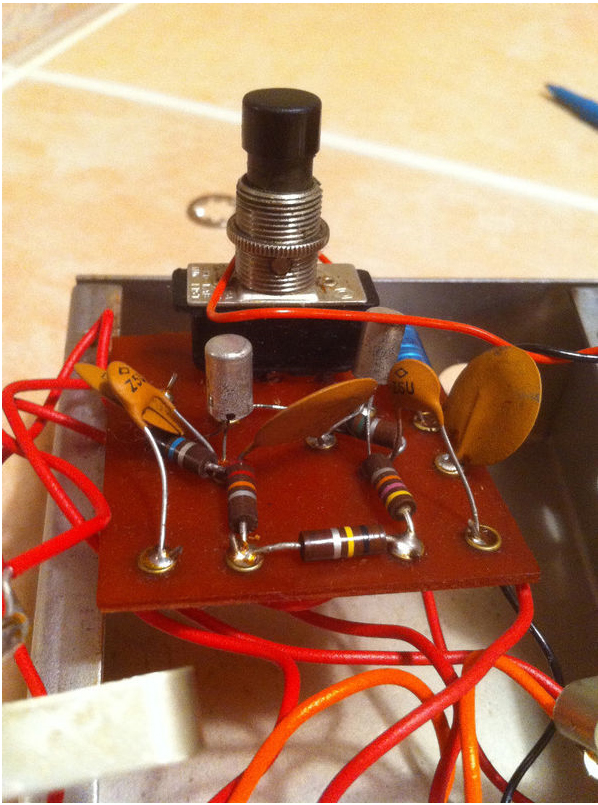 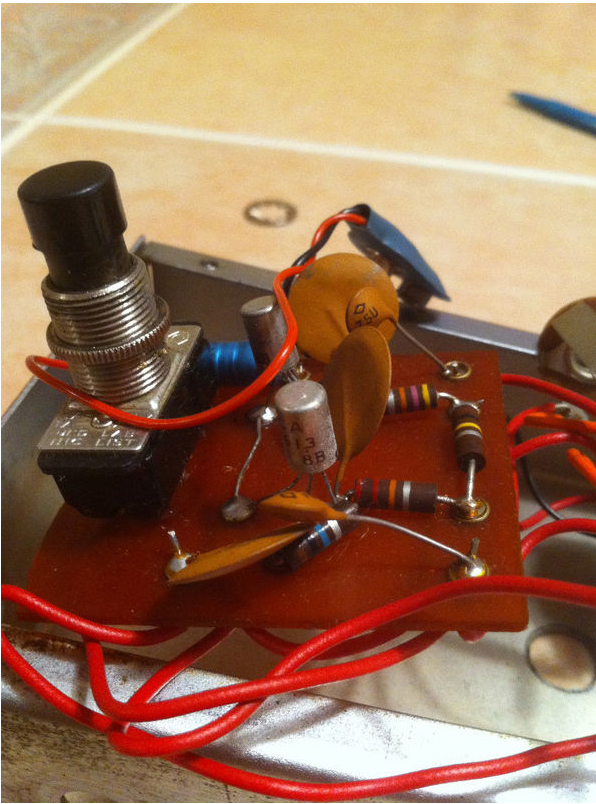 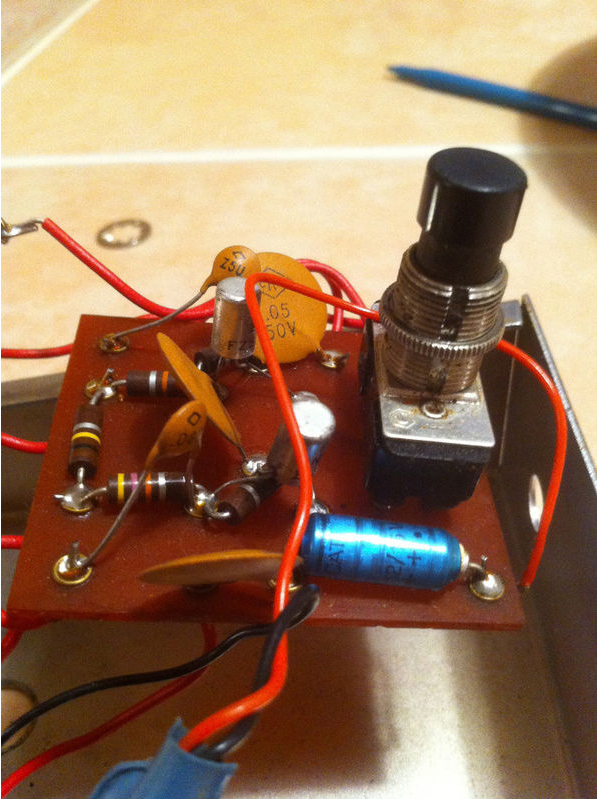