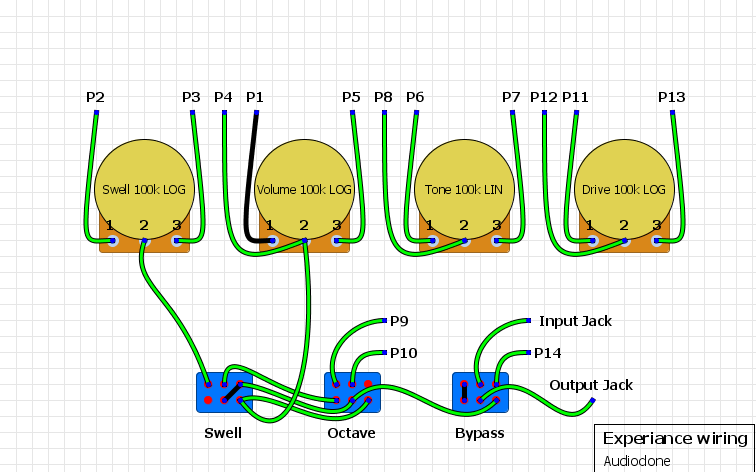 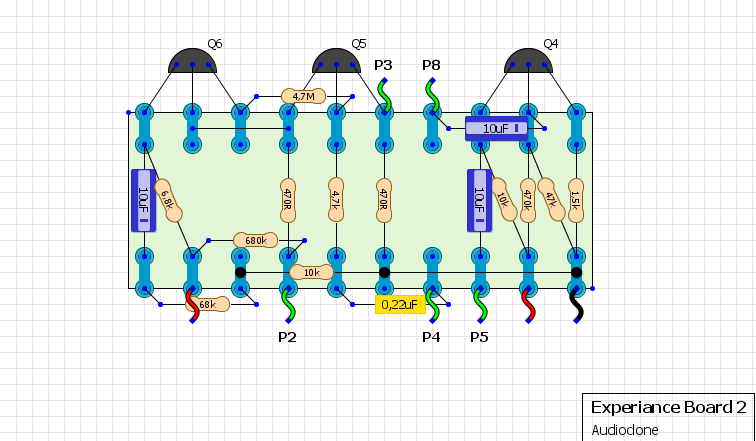 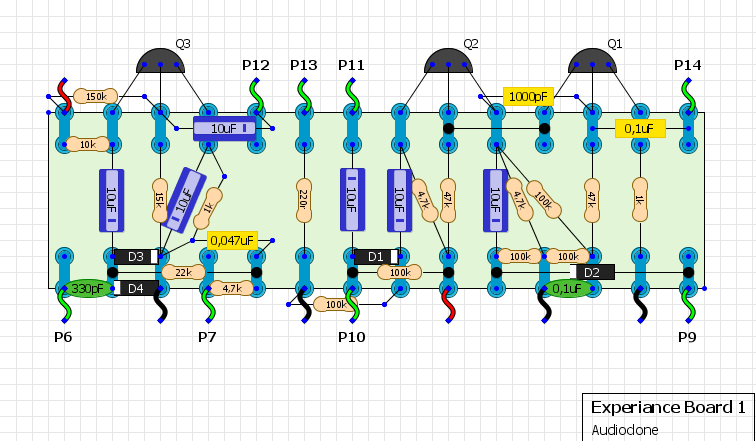 The story is as fallow. I’ve broken my balls drawing FOXX Tone Machine with out the mods, and at the end I’ve pressed ctrl+x combination on the key board and all this gone I was so bloody down… I decided to jump on it again, so here you go. Redraw was done from Prescription Electronics Experience unit, and octave on/off stomp switch, and cool swell (fade in) option is added…

I think this layout is ok, but as always – check it zillion times first 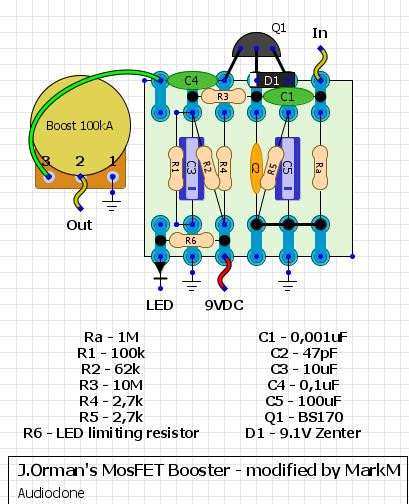 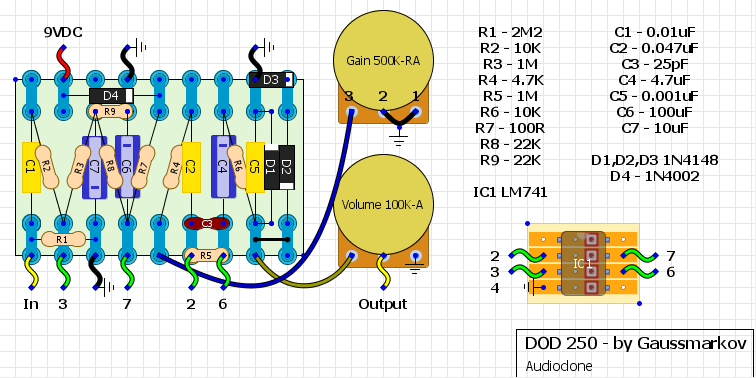 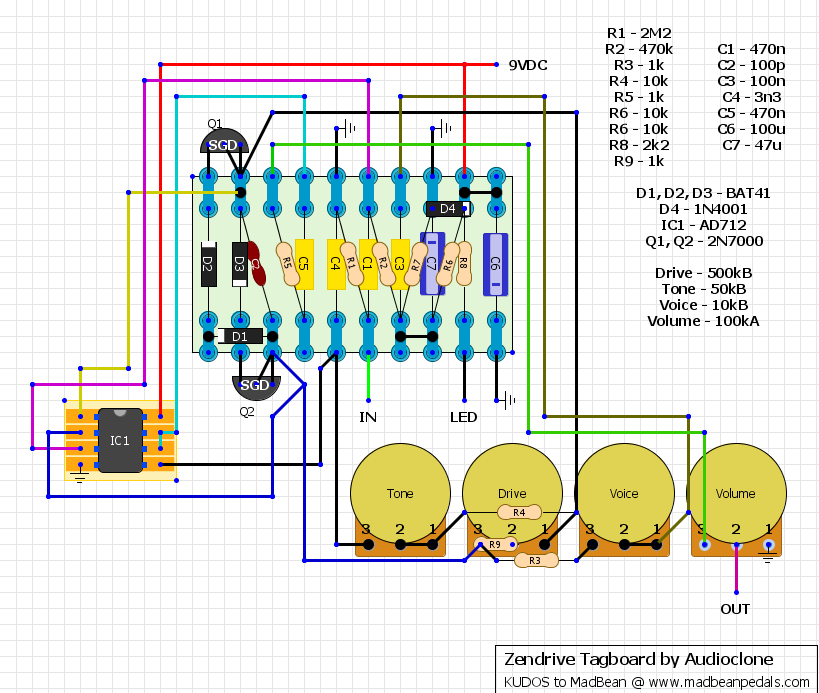 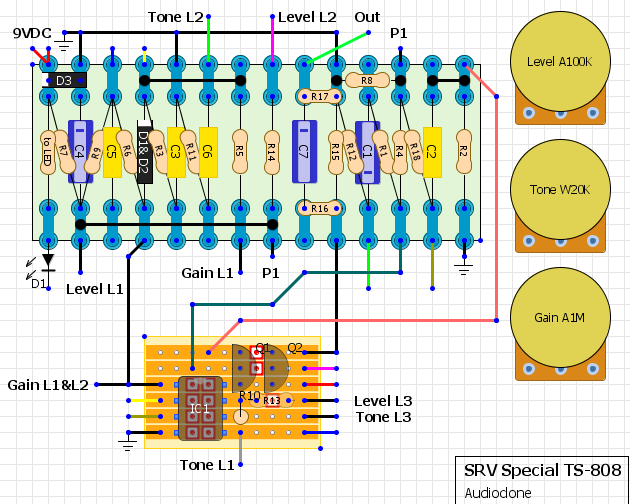 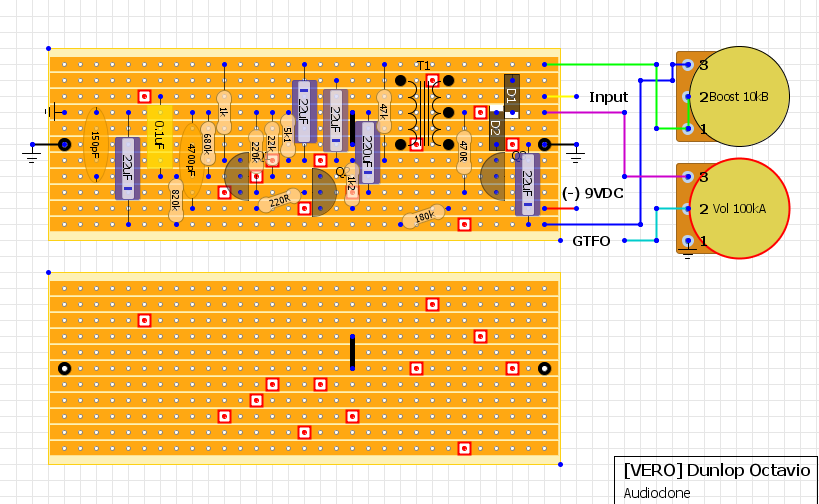 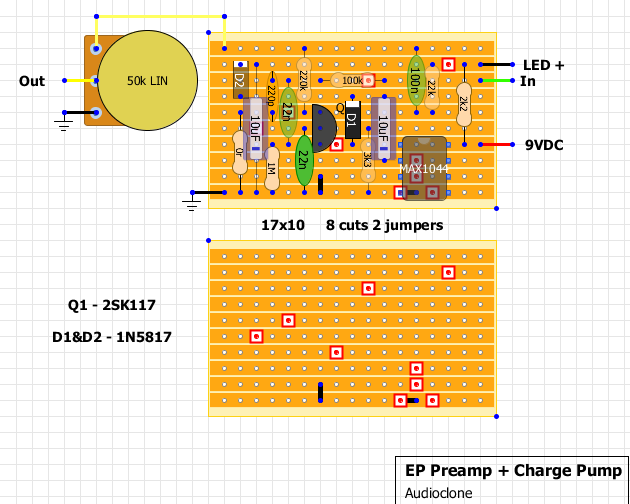 About the part selection – 22n’s and 100n is sized to tropical fish caps to be used. For 10uf’s 25v BC Electronic caps make perfect fit. MAX1044 can’t take more than 10v voltage input, so forget about 12vdc power supply. You may use other voltage doubler chip like the LTC1054. I’m going to add another cap and diode to make it close to 24v with popular 9VDC source when I’ll find spare minute. JFET marked in the layout is picked up just for low noise. No idea how cute this sounds in this circuit. I guess I’ll make some experiments with other JFET’s to pick up the best one. At this point of time it’s not verified, I hope it works… 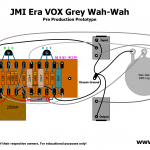 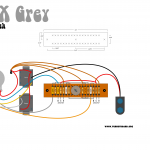