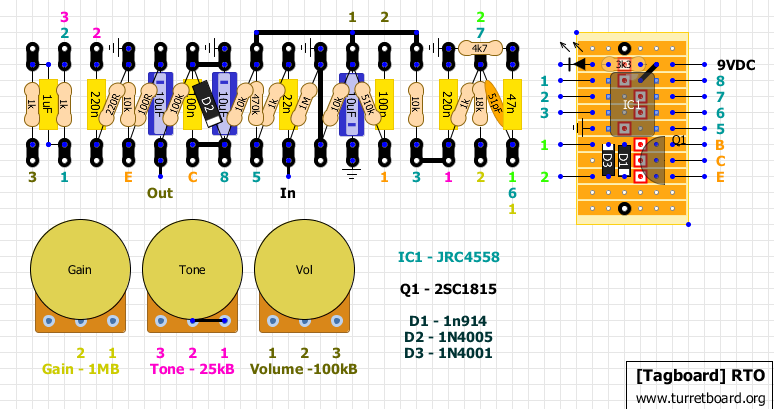 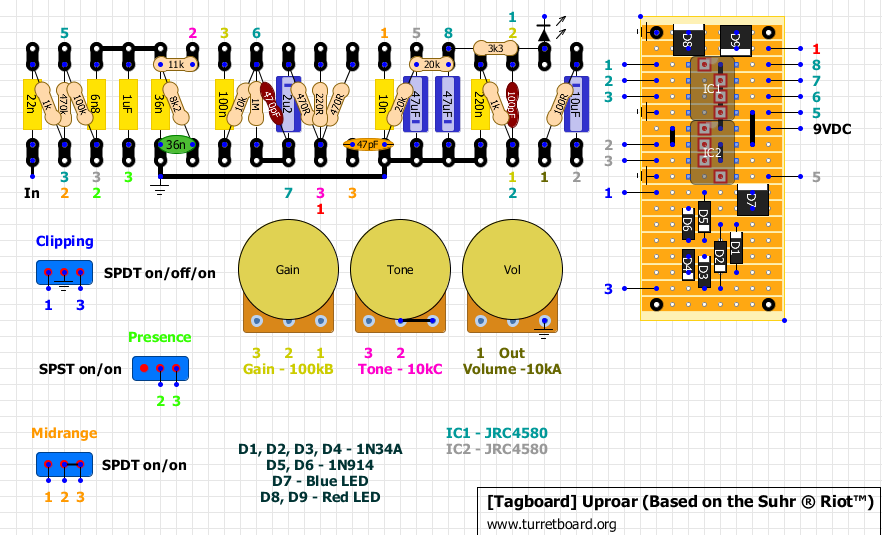 Thanks Madbean for project files 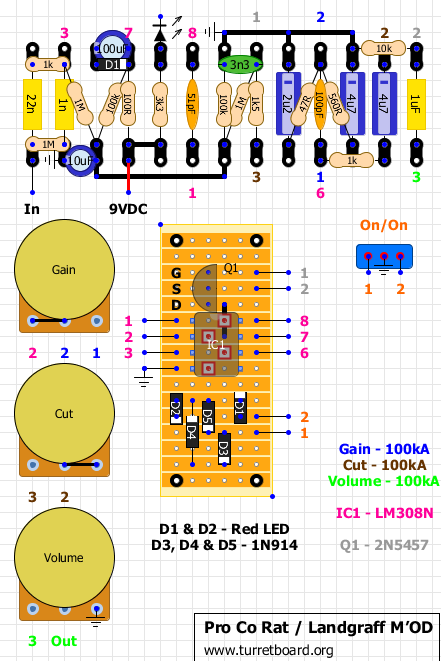 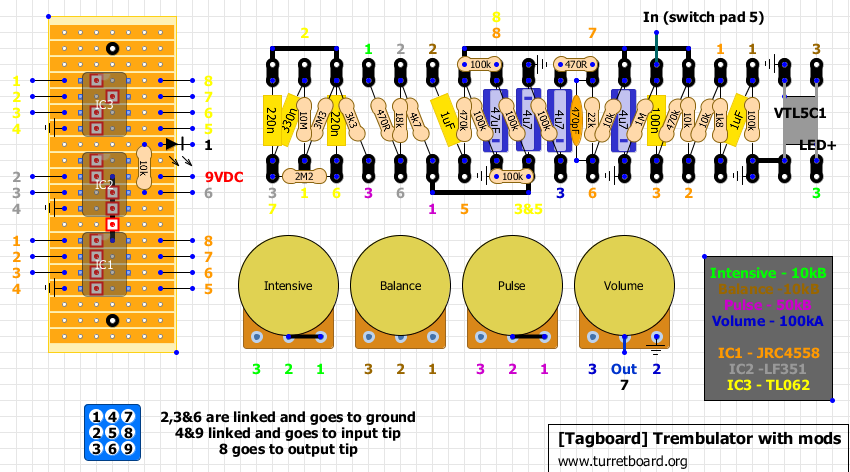 Hands up to few guys from FSB forum. Specially for Bajaman for basic schemo, Mictester for buffer mod, and Madbean from www.madbeanpedals.com for putting all the mods together (Double Flush project). Discussion regarding this project can be viewed >>here<<

I did similar layout many months ago, but the early one was messy, and had no modifications whatsoever, just plain Demeter Compulator ripoff. Presented layout is showed to be build on tag board, but it’s highly recommended to complete all parts together first, and make your own board with turrets, as the overall part number and size can be to big to fit on standard tags. 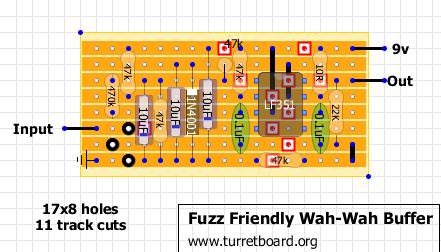 My first take with eyelets 🙂 More to come 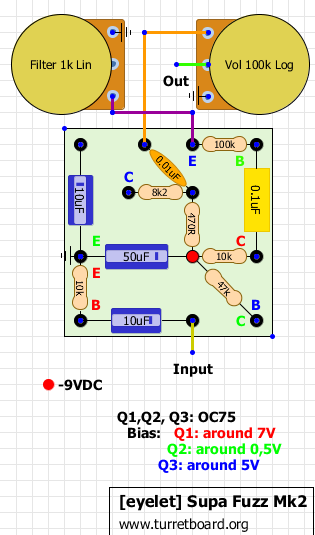 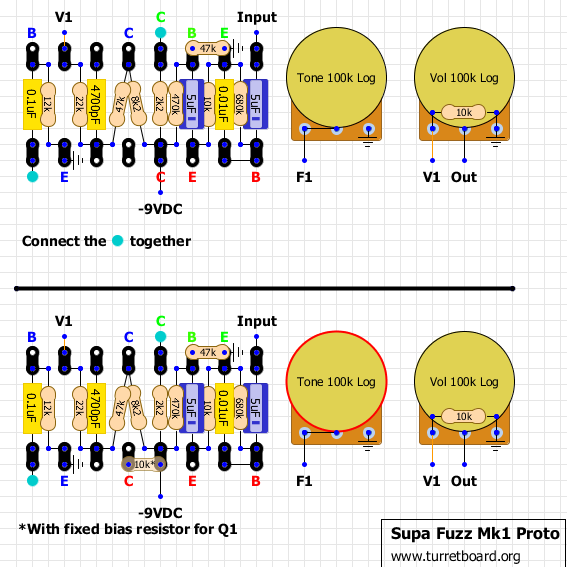 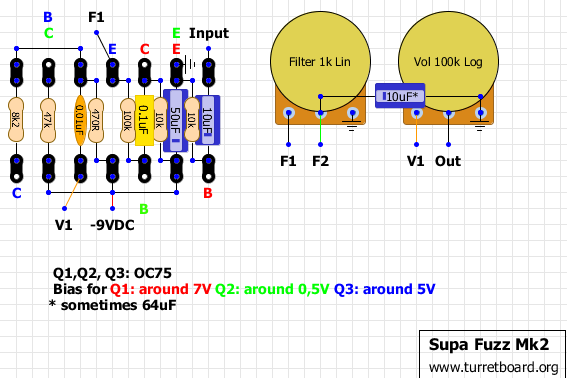 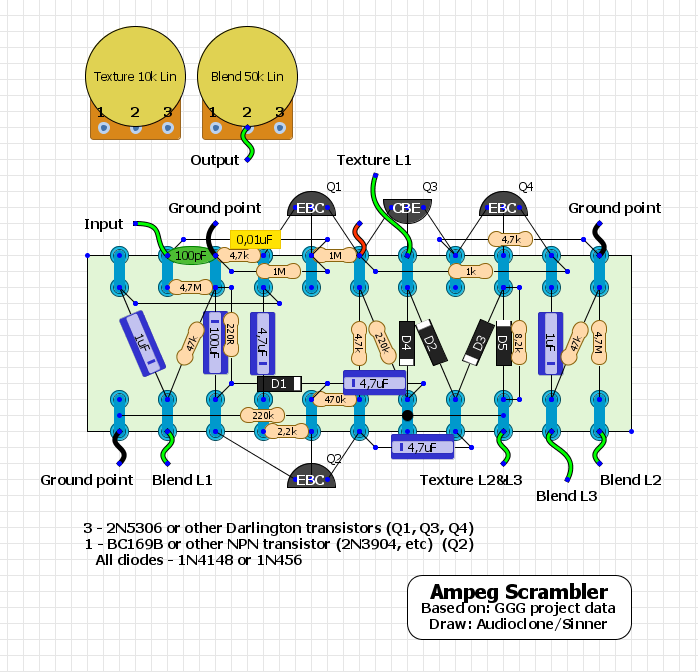 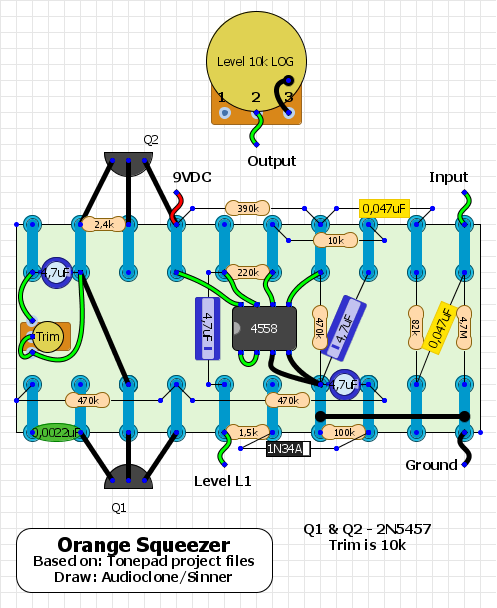